Only one home remains for one lucky buyer. Register today for a private appointment as this opportunity won’t last long. 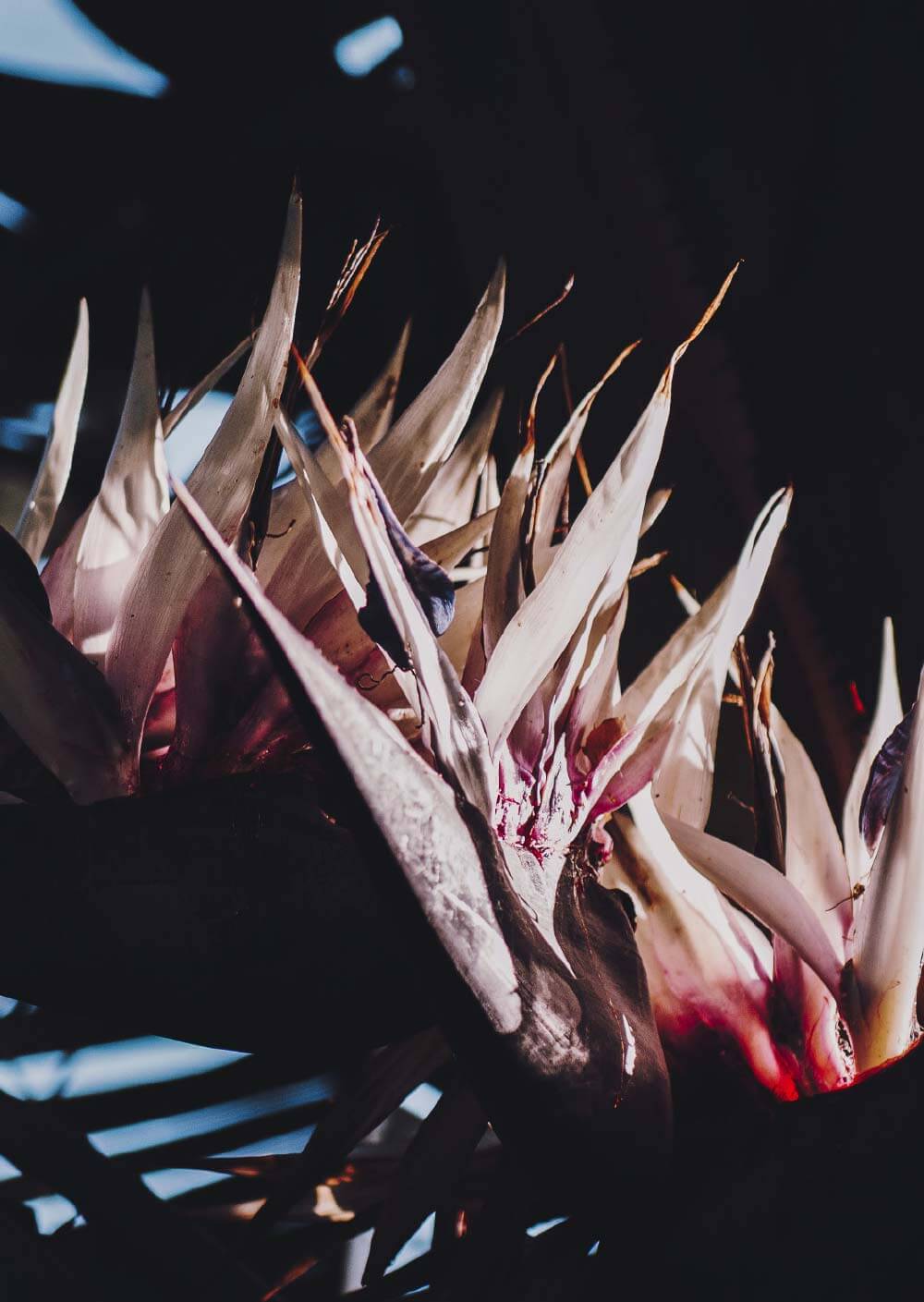 Enchanted expanses such as Alexandra Gardens were made to devote entire days to. Nearby the homes on Cotham Road, the elegant grounds are alive throughout all seasons. In summer they make the perfect picnic spot, where families and groups of friends gather to feast with fine company in just as fine surroundings. In autumn, the gardens are swept with hues of red, creating blankets of crunchy leaves. Winter marks the start of the reincarnation process, where trees return to their beautifully bare forms. But it is spring that could be the most glorious of times within Alexandra Gardens, when a myriad of vibrant colours belonging to different blooms colour the grounds, inspiring their wide range of admirers. 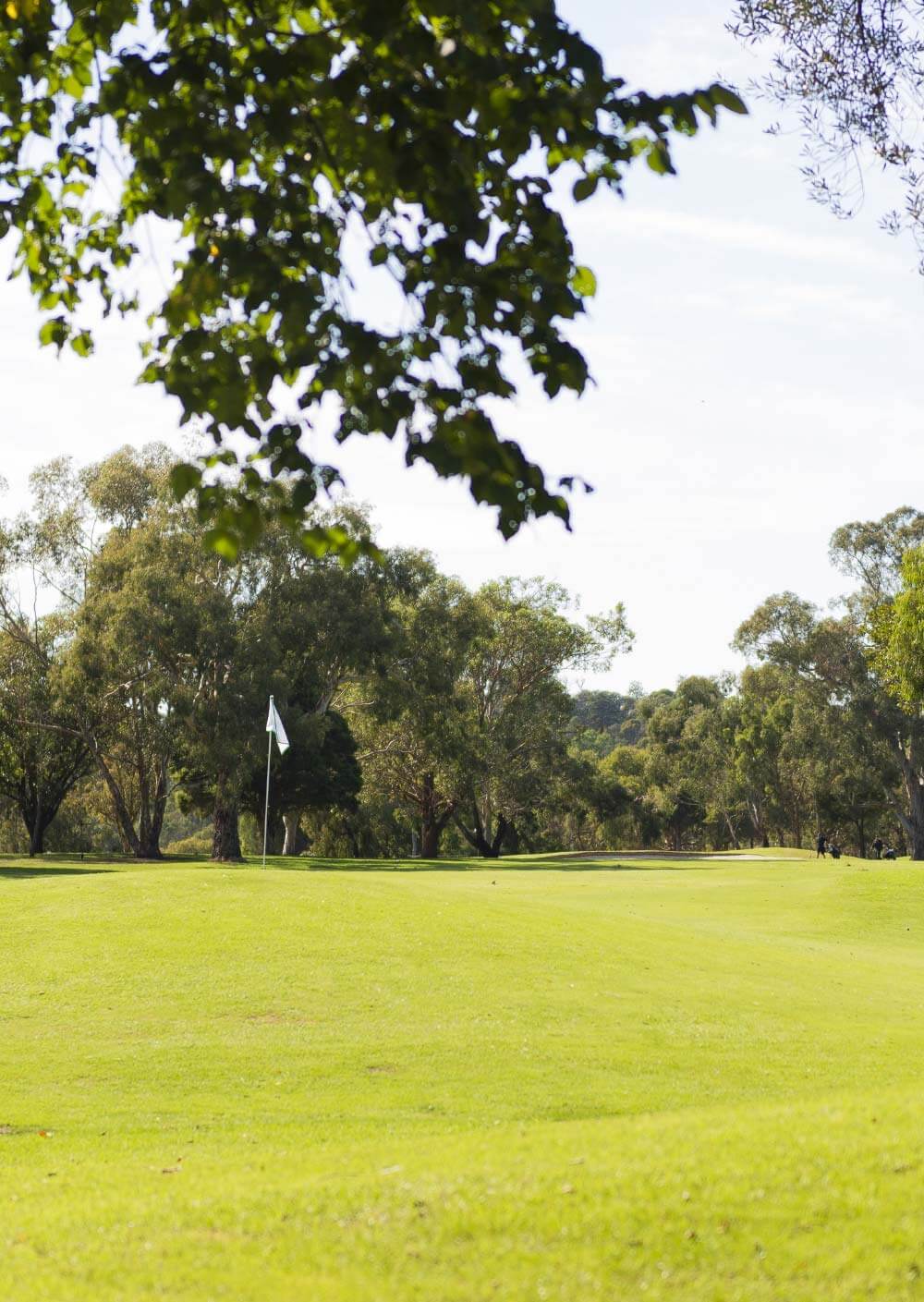 A cultural leader on all fronts, Kew also plays host to a myriad of widely esteemed schools, all positioned within close proximity of Tate. The prestigious Xavier College is within walking distance of home; an institute long renowned for its impressive facilities and all encompassing approach to teaching young men. Methodist Ladies’ College is also within arms reach; a nurturing environment equipped for shaping and inspiring the women of the future. Just a 15-minute walk from home, Trinity Grammar is another exemplary option for boys within the private realm, while Genazzo FCJ College is just 750m from home, a leading Roman Catholic school for the suburb’s girls. 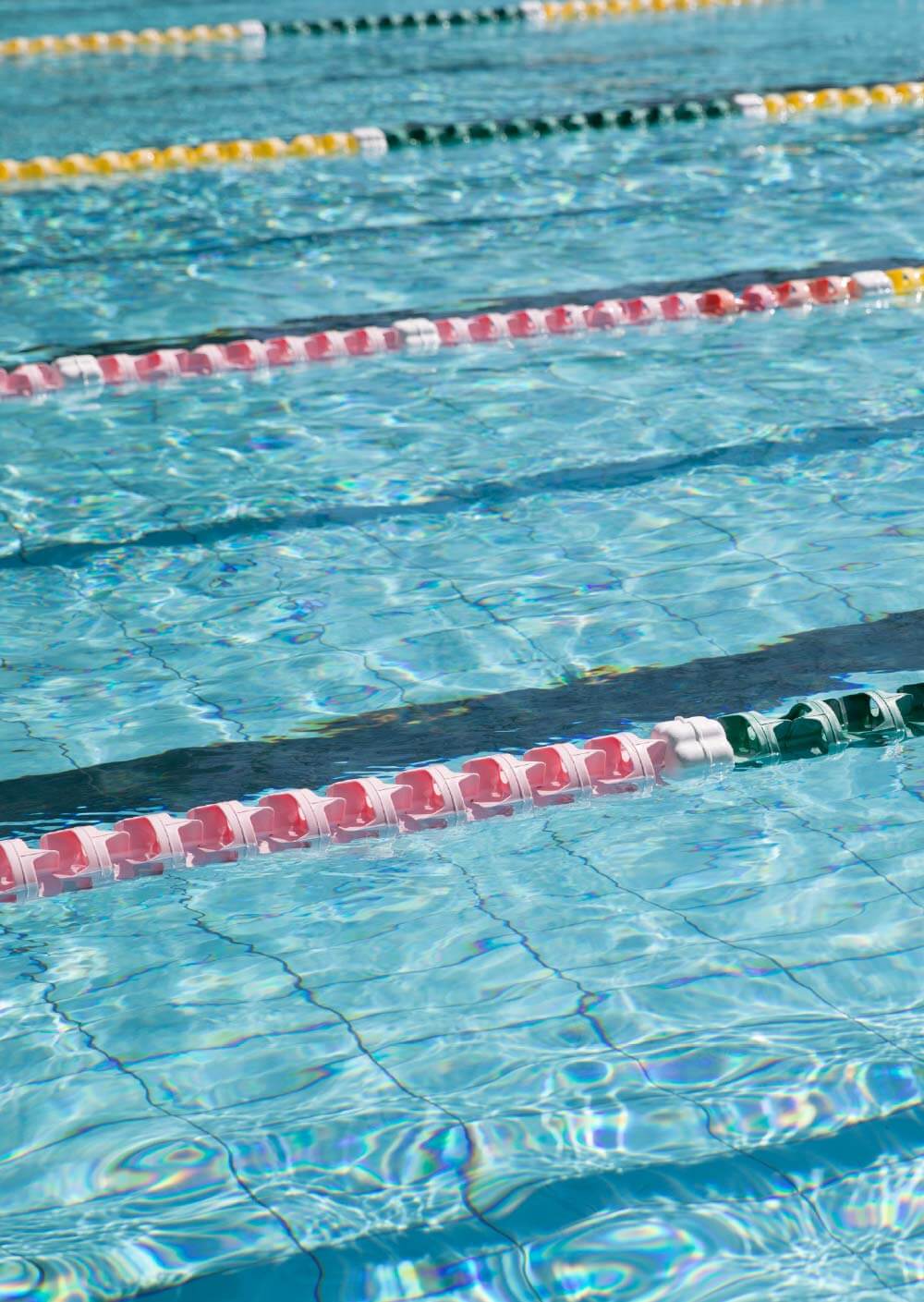 When it comes to exercising, there is nothing quite as motivational as having a fitness club close to home. A welcome neighbour, Kew Recreation Centre assists members in achieving their fitness goals through state-of-the-art facilities, workout machines, and an array of group fitness classes – promoting health and wellness in every form. The centre also offers personal training services, for those who would like their workout routines a little more tailored to their requirements. 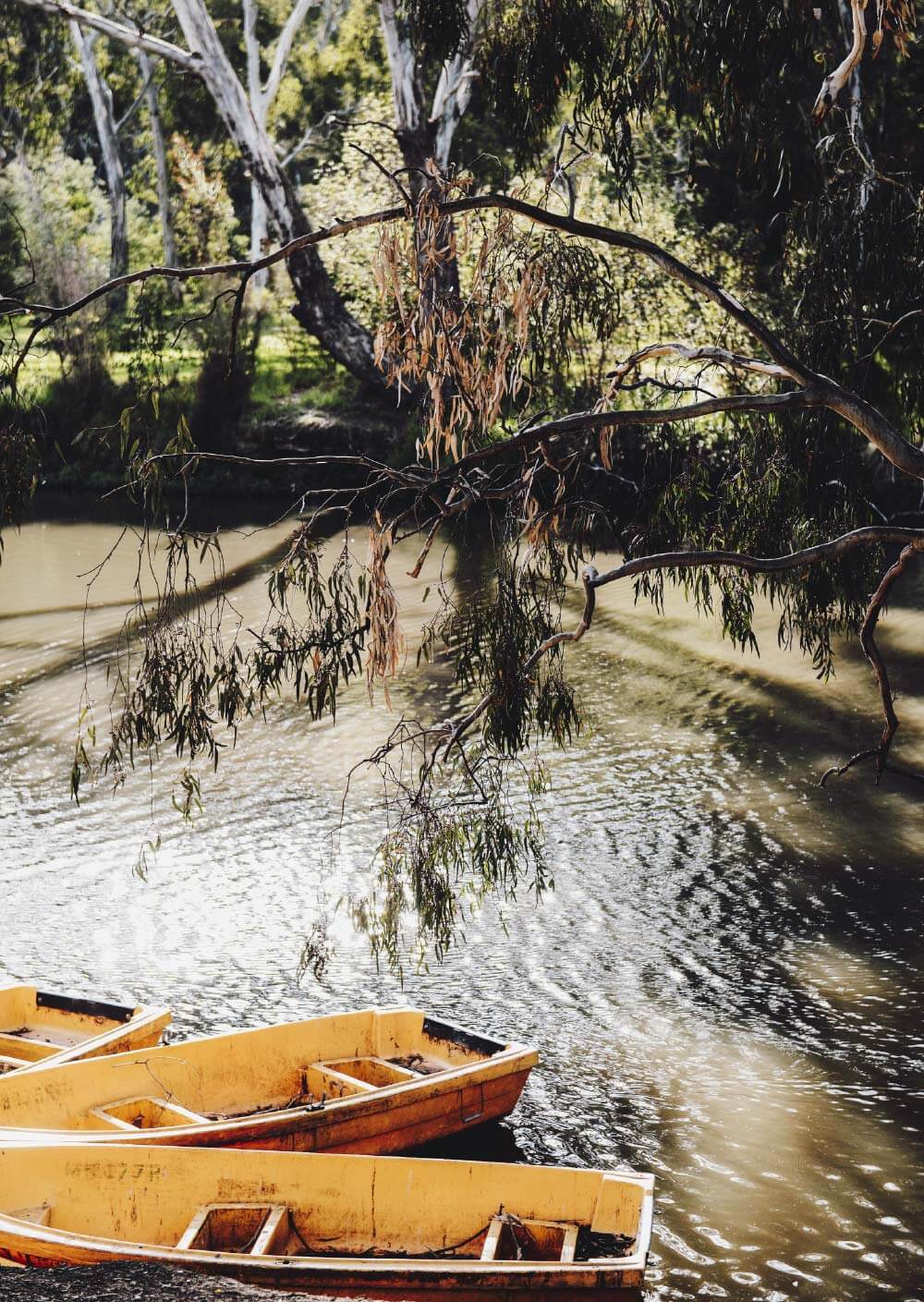 Making up the richly green landscape found in Kew is Studley Park, a slice of the Yarra River with its very own restored Edwardian boathouse – a piece of Melbourne’s history that proudly endures. You will find visitors hiring out rowboats and kayaks to embark on a peaceful row among the natural bushland, perhaps spotting a white-plumped honeyeater or cuckoo shrike during their voyage. If you are one who has returned from a rowboat ride, rejuvenate at the restaurant or cafe. Studley Park is a goldmine spot so close to the city, that doesn’t feel anywhere near urbanity in the slightest. 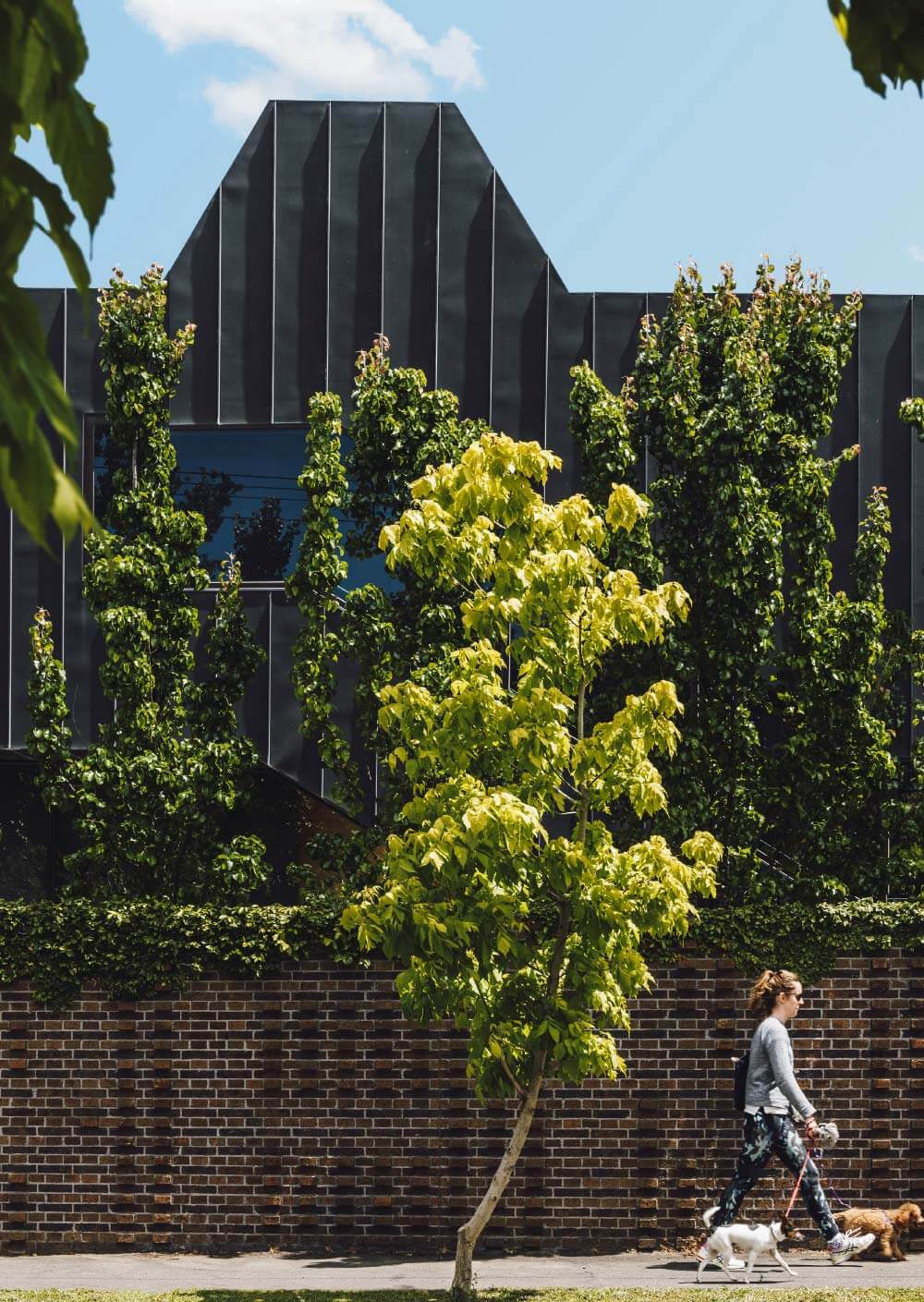 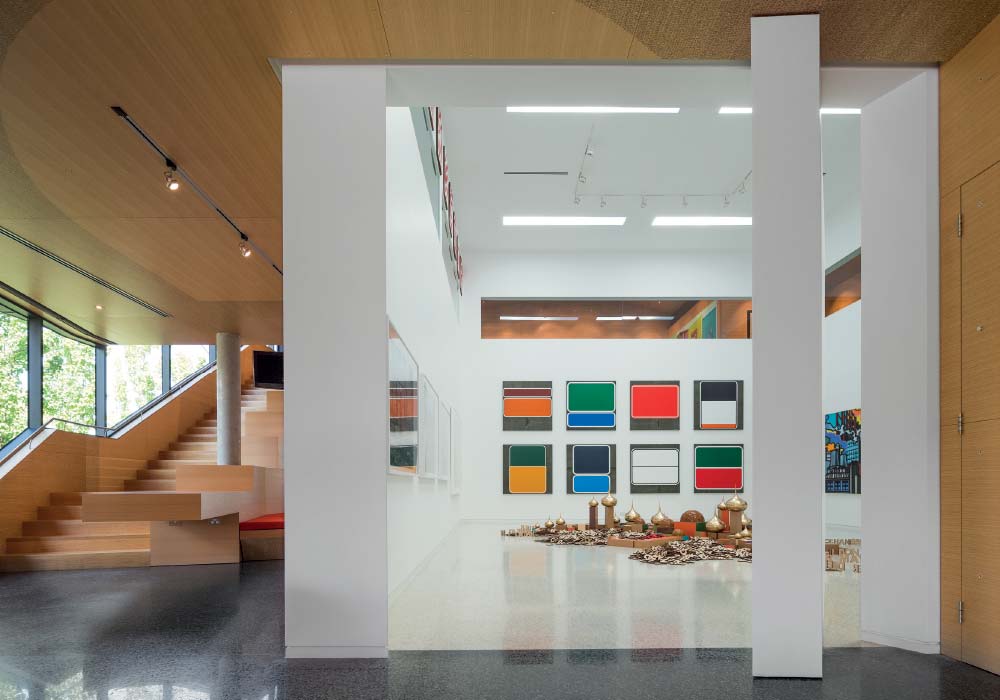 Lyon Housemuseum is the monumental creation and home of architect and art collector Corbett Lyon. The landmark’s focus on artistry inspired Tate’s own townhomes by presenting a unique combination of private residence and museum, a concept built upon the long lineage of private art collections housed and displayed in residential settings. It could be considered somewhat close to Sir John Soane’s Museum in London, New York’s Frick Collection, the Peggy Guggenheim Collection in Venice, or London’s Wallace Collection. Lyon Housemuseum exhibits the works of a variety of Australian artists, graphic designers and architects, amazingly equipped with flexible spaces that comfortably house large-scale artworks and installations. 2018 marks the year when the museum expands into next door, continuing to both inspire and leave a legacy that will shape Melbourne's already lively art and design scene. 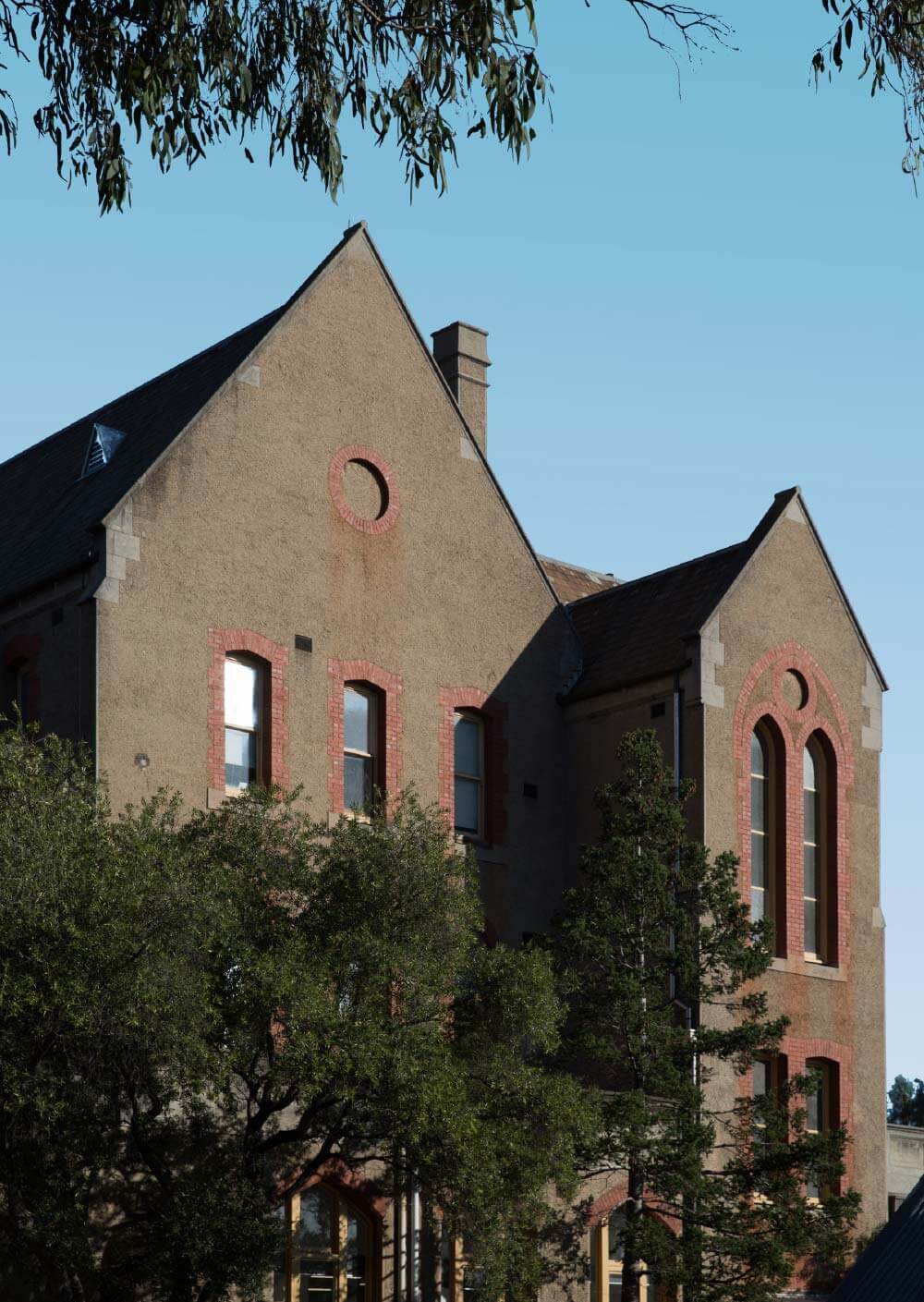 Adding to the rich cultural landscape Melbourne is widely heralded for is Abbotsford Convent – a complex of over 16 acres with 11 historic buildings and gardens. The Abbotsford Convent is classified as Australia’s largest multi-arts precinct, playing host to over 100 studios, two galleries, a cafe, radio station and a school. Throughout the course of the year, the grounds are home to a wide range of exhibitions, workshops, events and festivals, drawing visitors from far and wide. Luckily for Tate residents, the convent is found in the next suburb over, making it the perfect spot for a weekend afternoon with your loved ones. 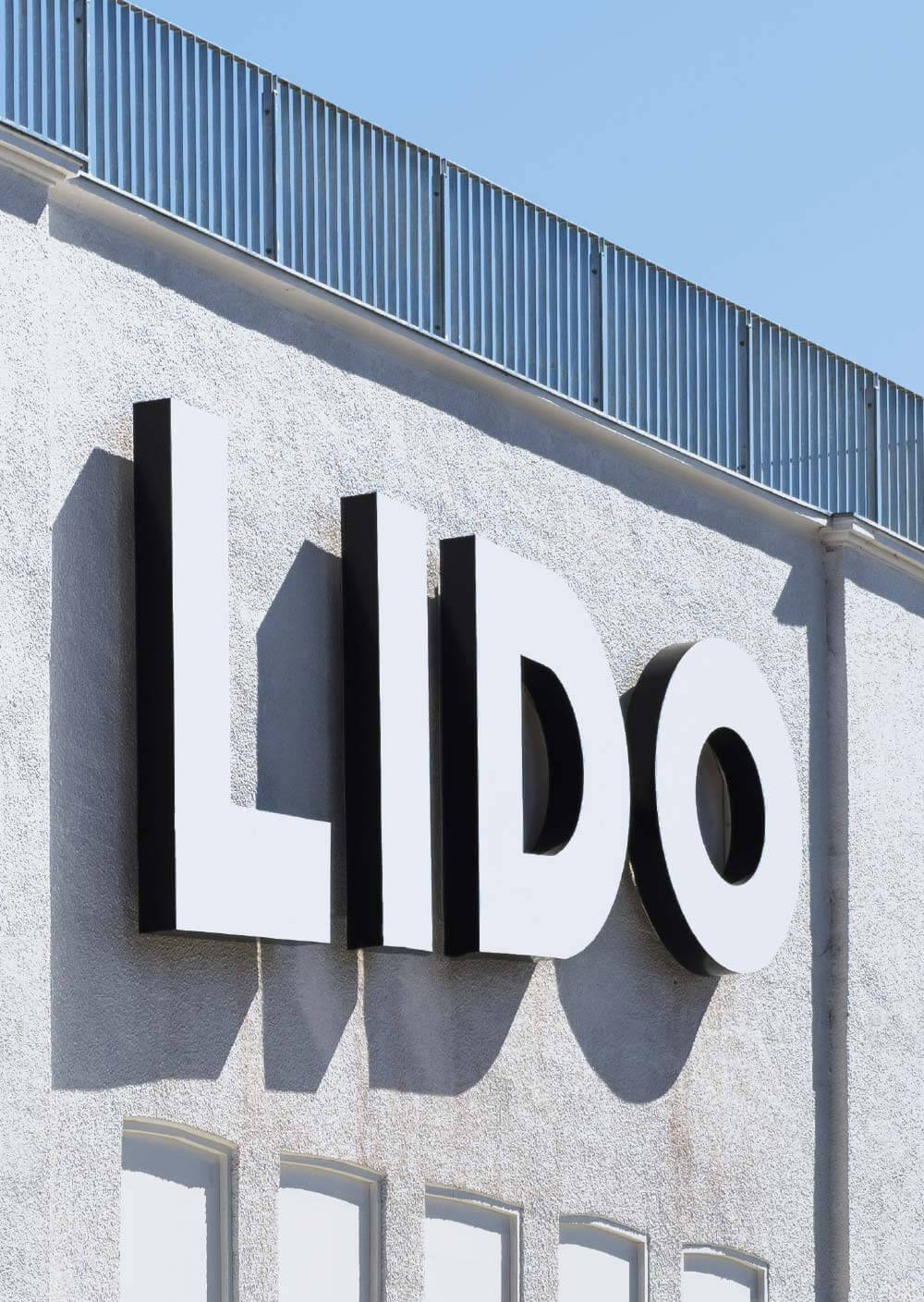 Lido Cinemas is Hawthorn’s eight-screen artiplex, a place passionate about screening both commercial and new release art house films. What was once the Glenferrie Theatre has been revived by one of the biggest film aficionados in Melbourne, Eddie Tamir, who also owns the Classic Cinema in Elsternwick. Each of the Lido’s cinemas is uniquely designed, either possessing a distinctive colour or theme. That includes the rooftop cinema, whose summer series is hard to match. Sure you’ll find the classic cinema contenders – popcorn and choc-tops, but the Lido goes that extra bit further to offer beer on tap and wine, which you can enjoy with a serve of dumplings or a toasted sandwich. 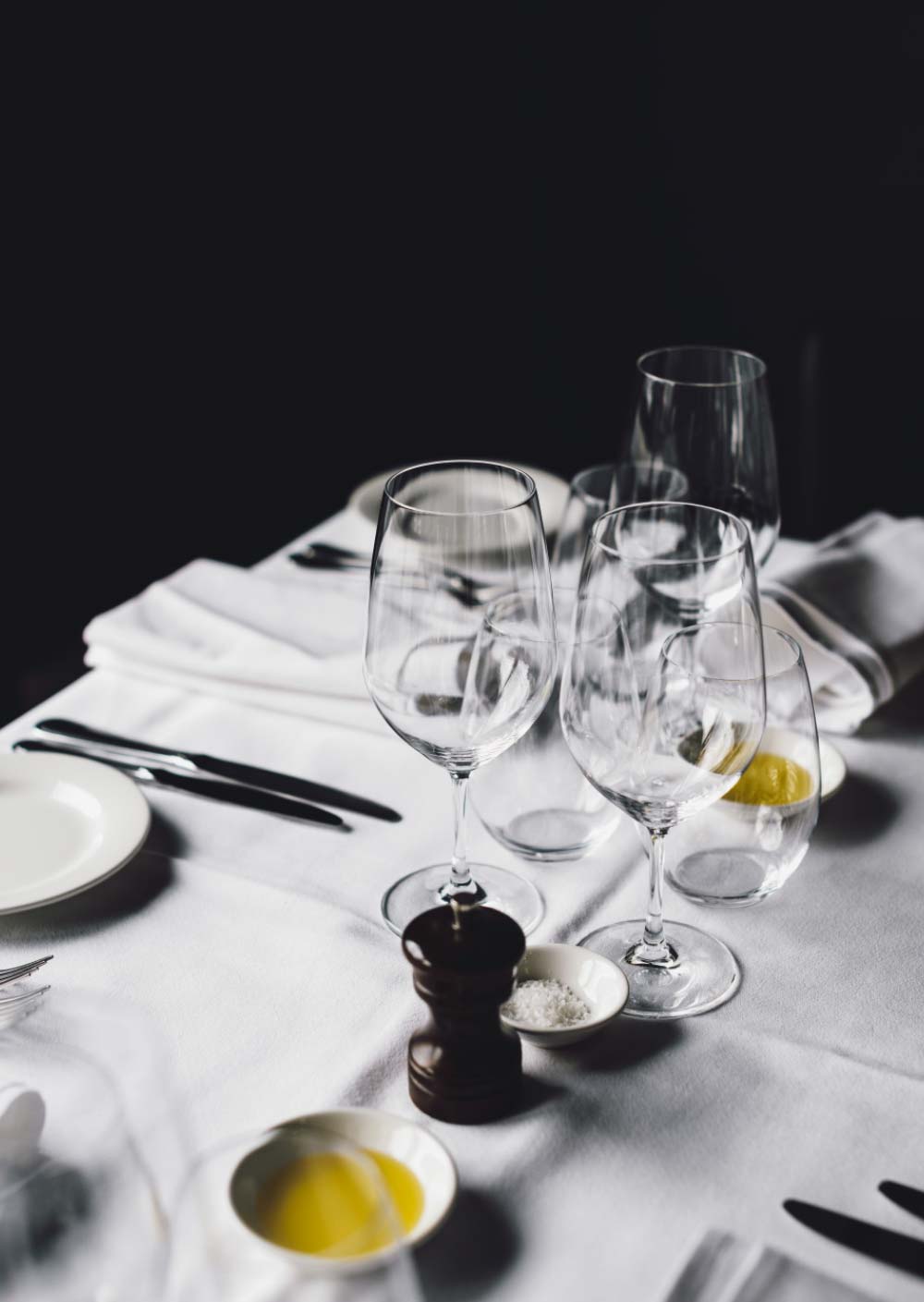 Each and every year since 2010, Centonove has scored a chef’s hat from The Age’s Good Food Guide. What has earned the restaurant those hats are both classic Italian dishes such as pappadelle al ragu, and more contemporary plates such as a bruschetta of mud crab, roe and seaweed butter. The restaurant has an impressive wine list to keep up with its food – Italian bottles and vintage Australian reds is what Centonove is known for, which diners enjoy either in a small eight-seat private wine room that hosts over 2500 bottles of wine, a larger private dining room that can hold up to 40 guests, or downstairs in the general area – a laidback yet sophisticated space. Centonove has clutched the loyalty of many Kew diners, who return for warm service and consistently great food. 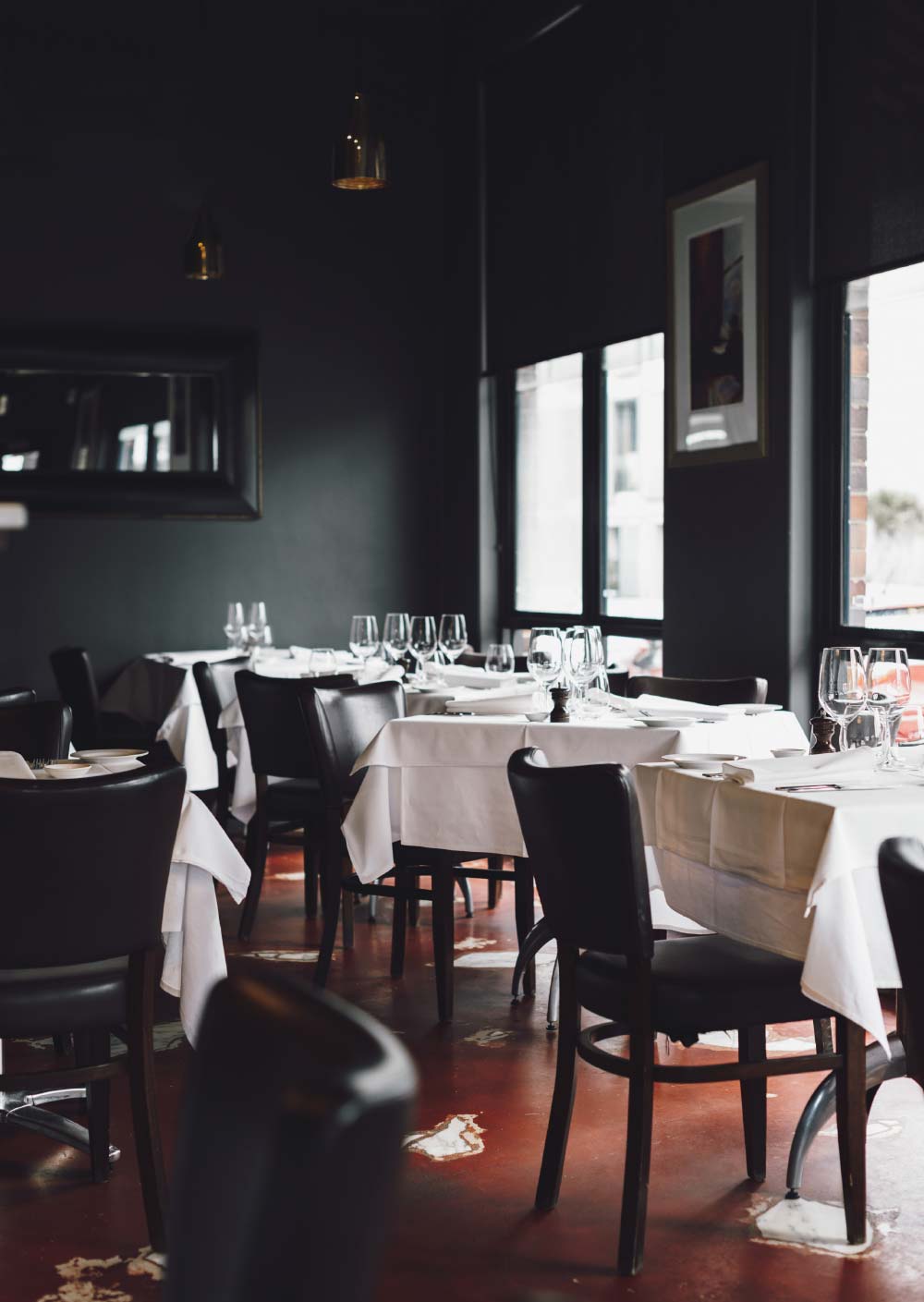 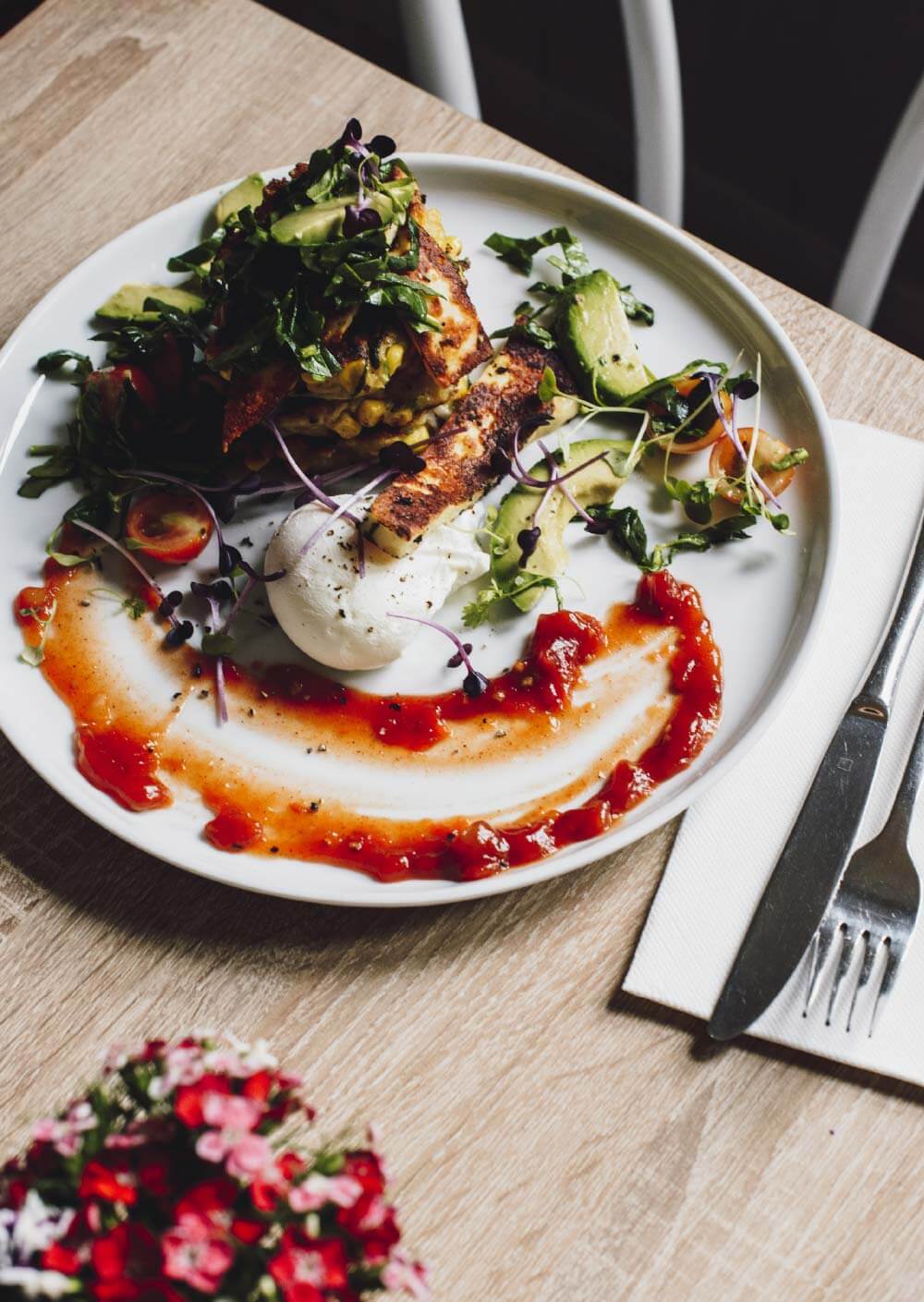 Around the corner from Tate, housed in the leafy strip of Adeney Avenue is Adeney Milk Bar, which despite its name is a cafe. Named in homage of its prior milk bar life, it brings nourishing and generous dishes to its diners, many of which have come from or are going to Victoria Park over the road for a stroll with their canine companions, a croquet session, or a kick of the footy. 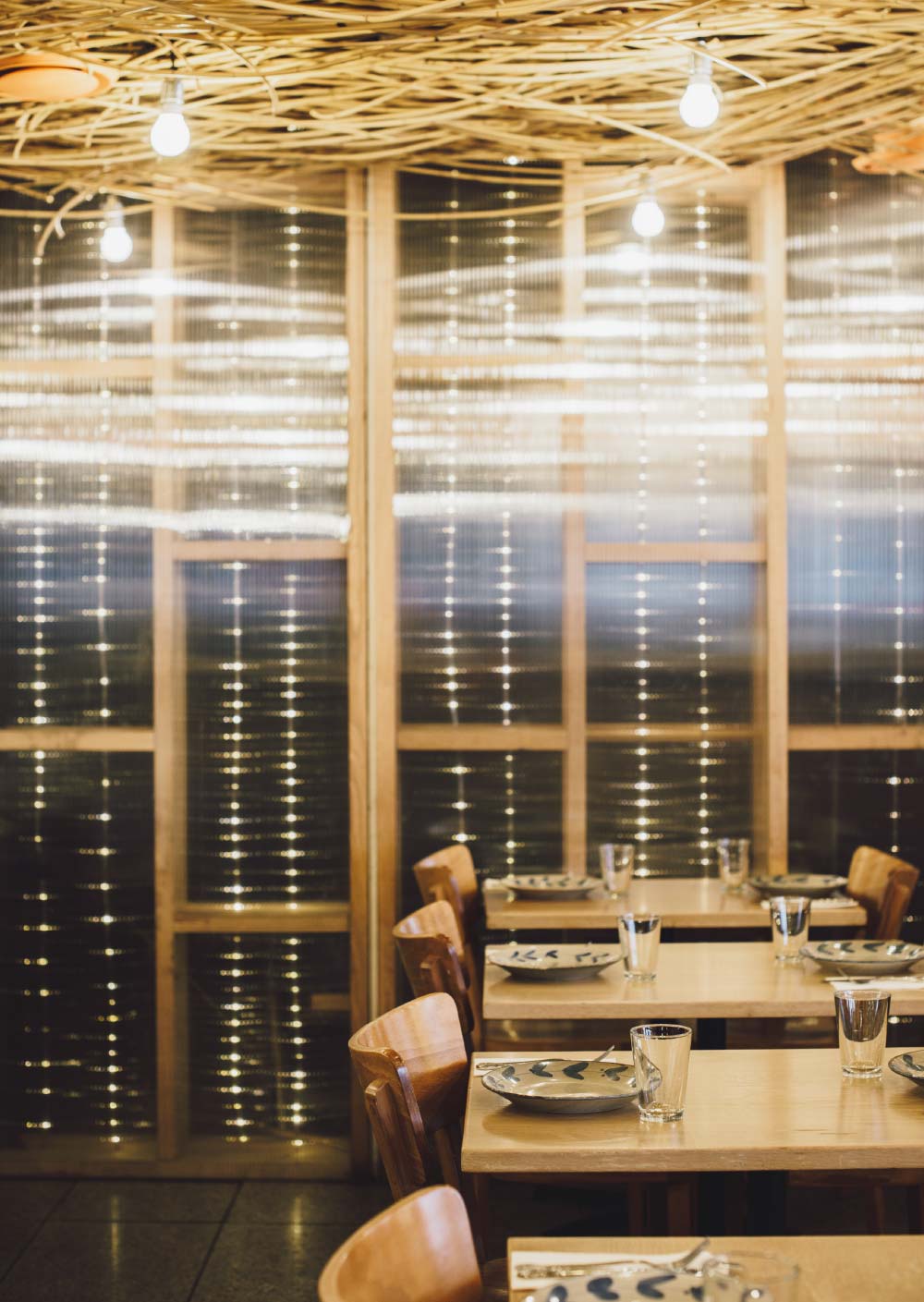 One of George Calombaris’ outposts lies in Kew, Hellenic Republic, which brings the flavours of Greece to Melbourne in modern form. Honouring its Mediterranean roots, specialties include saganaki topped with peppered figs, salads so delicious it’s hard to believe they constitute as ‘salads’ and plates of perfectly grilled seafood and meat. Ideal for a business lunch, family function or a relaxed date night alike, Hellenic Republic caters for all occasions.

Through many analogies Joseph Vargetto gifts us his insight in what it’s like running a restaurant in Kew, and what the much-celebrated suburb gives back to its residents.

Q—Joseph, would you tell us a little about Mister Bianco?
Joseph Vargetto—I opened Mister Bianco up in mid 2010. It’s an Italian restaurant with a strong focus on Sicilian food. The name itself was oddly inspired. It came about after my parents brought back some washing detergent following a trip to Italy named ‘Misterbianco’, which directly translates as ‘mister white’. I was weirdly fascinated by the name and the packaging, so I looked it up and found, coincidentally, that Misterbianco is a town in Sicily. Misterbianco – one word, English spelling for ‘Mister’ and all – is found at the base of Mount Etna. I’m Sicilian, Misterbianco is Sicilian, I wanted to open a Sicilian restaurant – the name was a perfect fit.

Q—One of the most important questions in hospitality at the moment – you have seemed to clutch a loyal base of Kew customers, how do you retain that loyalty in a city with so many restaurants?
J—I call it the Madonna effect. If you look at her, career-wise, she’s been successful for such an extensive period of time through subtle reinvention. The same goes for restaurants. They need to innovate. Not dramatically, i.e. today we’re an Italian restaurant, tomorrow we’re Japanese, but you need to give your customers new reasons to return and dine. For us that means reviewing the menu seasonally and introducing new specials based on produce that is at its peak at that given time. Too much change at once often doesn’t go down too well. People still like the classics if they’re done well, so don’t take them off the menu in place of something new. Two simple things are the key of running a great restaurant – consistent food and consistent service. If you have great food and awful service, no way would a customer go back to a restaurant again. There’s a saying we go by – good service, good food = good night. Good food, bad service = indigestion.

Q—What do you enjoy about living in Kew?
J—Everything. It’s an amazing place to raise a family or settle down. Kew’s selection of schools is so impressive – Genazzano, MLC, Trinity, Xavier, Carey to name a few. We’re only five kilometres from the city here, with plenty of trams going there. Richmond is around the corner, as is Abbotsford. The area is not short on parklands, either. I’ve met customers that love Kew so much they’ve lived here their entire lives and refuse to leave. It’s an undiscovered gem at the moment, that’s for sure. 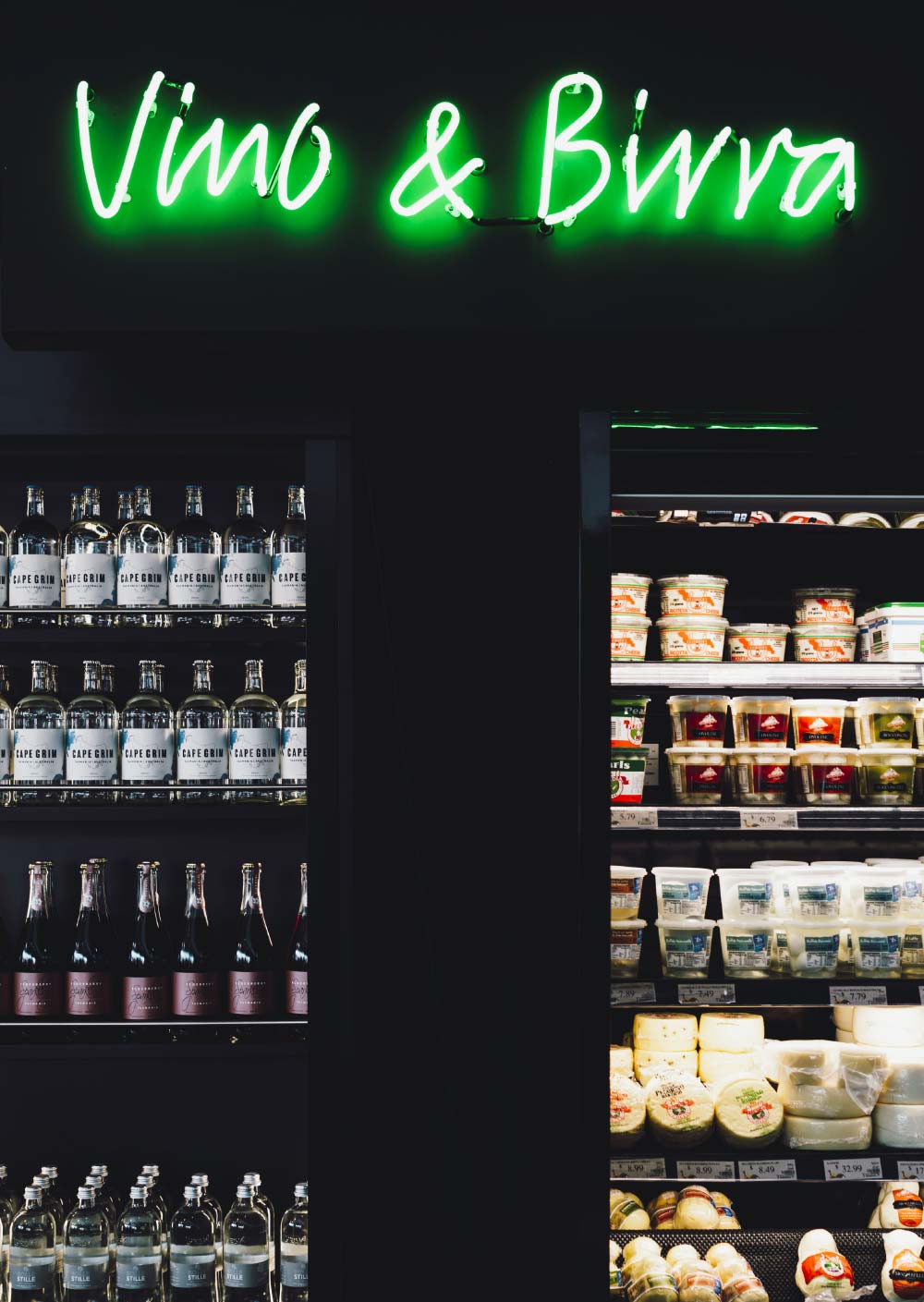 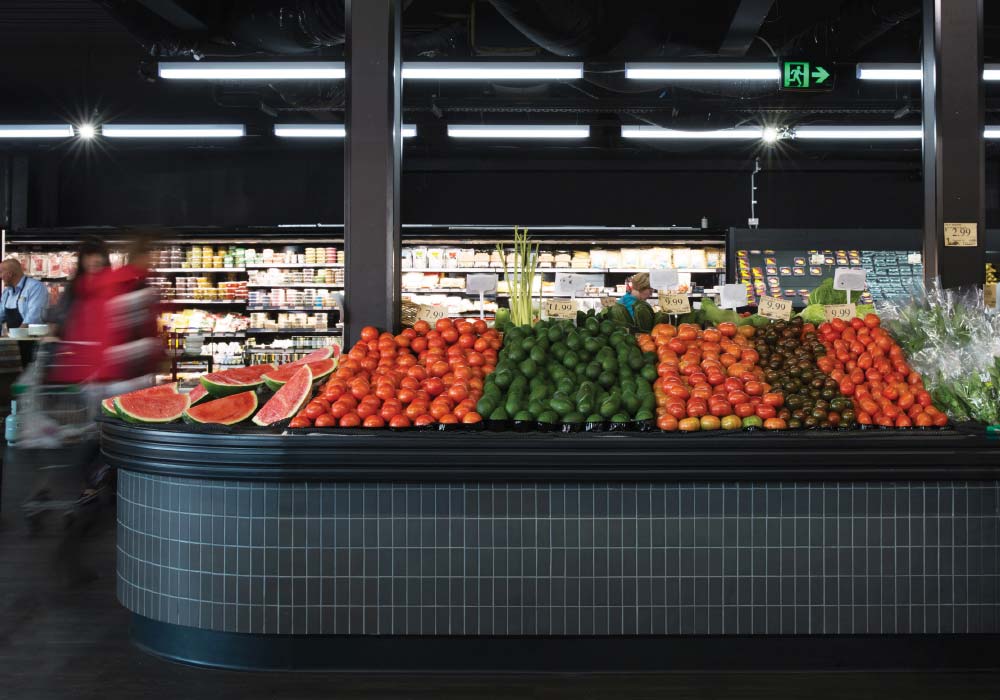 For three generations, the Toscano family has delivered a collection of fresh and imported food products to Melbourne. Its Kew location is undoubtedly a much-loved shopping destination for locals. The decades-old icon is known for being a leading purveyor of fruits and vegetables, while housing a collection of high quality Victorian produce. You’ll find just that in the forms of pasties and bread from Dench Bakers and Baker D. Chirico, which sits alongside international imports including olive oils, pastas, yoghurt and cured meats. Greeting customers as they enter the store is a stunning and diverse display of fresh flowers, spanning from water lilies to gigantic Gymea flowers. Put simply, Toscano’s is a one-stop-shop and a sheer pleasure to get lost in. 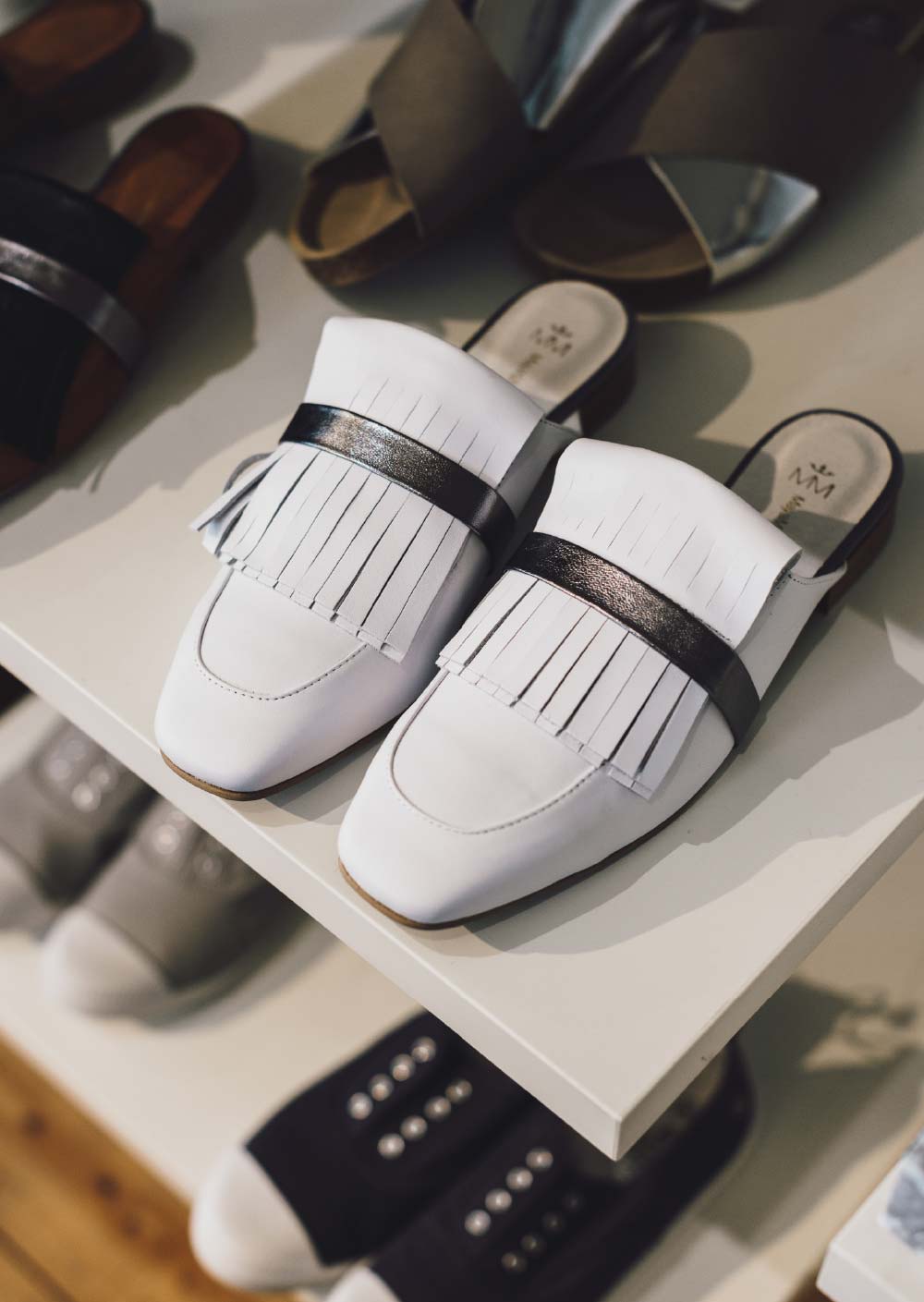 A wonderland of homewares, accessories, fashion and furniture, Glenferrie Road’s Rose St Trading Co. is just one of many Melbourne locations. It brings The Hamptons to Melbourne, filled with wicker baskets, bright board shorts for the boys, linen ottomans and chevron rugs; all arranged by the store’s proud and passionate business founders Cate Boots and Alex Muir. Head in if you’re picking up a gift for a close friend or in the all too exciting process of decorating your own home. 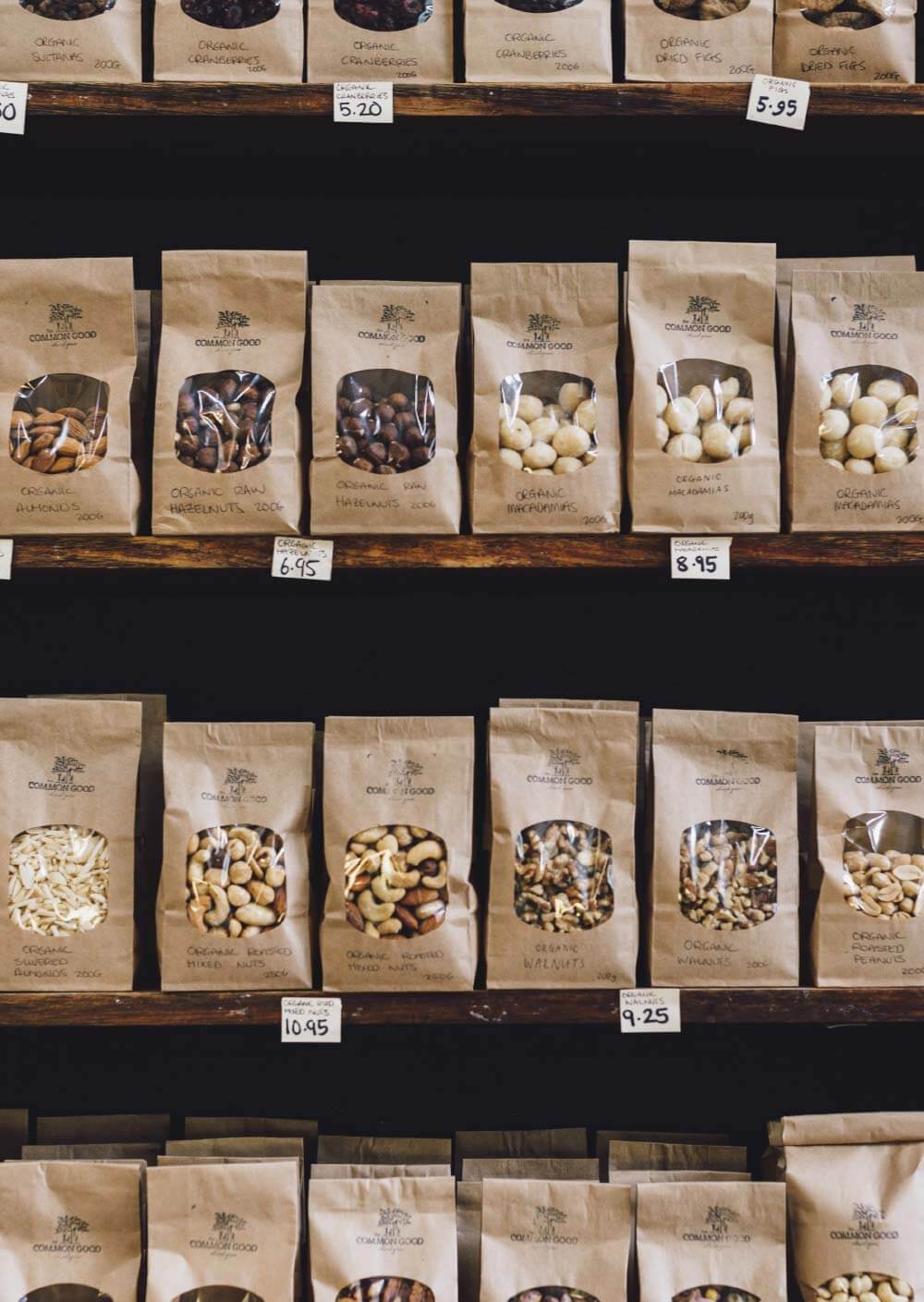 What does one do when they’re tired of traversing to the other side of town for a grocery store they fancy? Open their own according to Meneka Premkumar, now the owner of The Common Good. If you’re impassioned by healthy food, you will be glad to know this gem sits around the corner. Inside The Common Good are healthy, organic and, perhaps the most important part to Meneka of all, ethically produced items. The offering spans across fruit, vegetables, dairy and meat alongside snacks, beauty and baby products.

Creative by Earl St. / Notice from the Developer